Sure your 401k would pass an audit? Last year, most did not

Employers are well aware that the feds are aggressively looking into company-sponsored 401k plans for compliance issues. So it’s alarming to find out that the vast majority of plans the DOL looked at last year ran afoul of ERISA in some way.

Specifically, 75% of the 401k plans audited by the DOL last year resulted in plan sponsors being fined, penalized or forced to make reimbursements for plan errors.

And those fines and penalties weren’t cheap. In fact, the average fine last year was $600,000 per plan. That’s a jump of nearly $150K from four years ago.

On top on that, 88 individuals — from plan officials to corporate officers to service providers — were criminally indicted for 401k offenses, according to the DOL.

Firms that aren’t too worried because they believe their chances of being audited are slim may want to rethink that stance. This year, the DOL added nearly 1,000 new enforcement officers and has every intention of doing even more 401k compliance audits.

So that means it’s in every employer’s best interest to take a closer look at their ERISA-covered plans to make sure they’d pass muster in the event of a DOL audit.

To help, here are some of common errors the feds find when looking at 401k plans:

Note: The majority of employers should be having their 401ks audited by an outside source on a yearly basis. The DOL expects the majority of businesses with 100 or more active participants in a 401k to have the plan audited annually by an independent qualified public accountant as part of their Form 5500 filing. 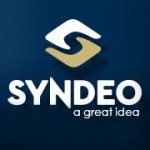