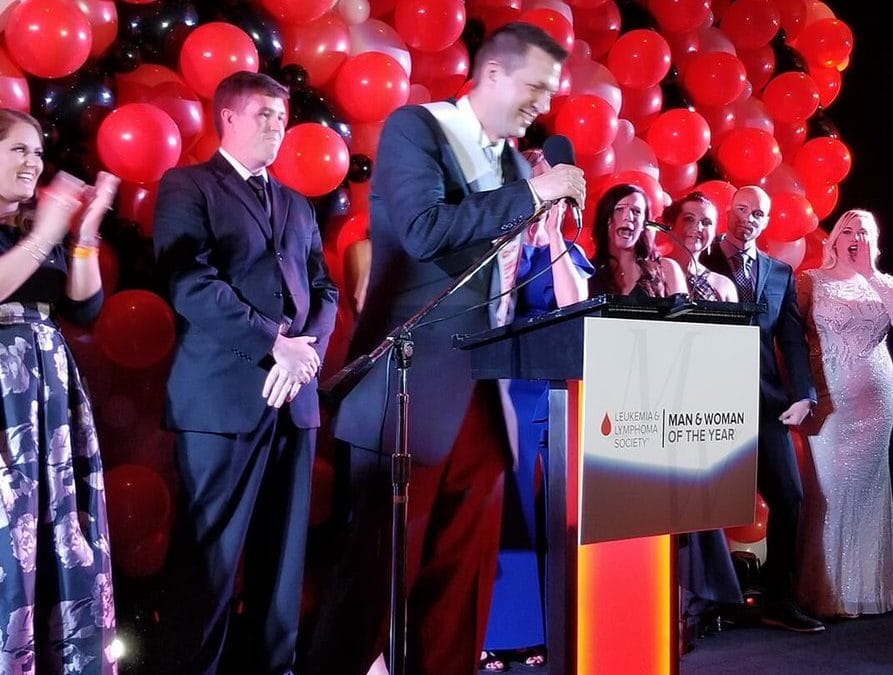 Kevin Steckley is setting a high bar for fundraising.

Steckley, who is part of Syndeo’s sales team, raised $91,775 through the Leukemia & Lymphoma Society’s Man & Woman of the Year campaign. As such, Steckley won the distinction of 2019 Man of the Year.

The results of the 10-week fundraising campaign were announced June 1 during an awards banquet. Chris Elmore, campaign director for the Man & Women of the Year competition, says Steckley’s total is the fifth-best all time for a Wichita candidate.

Eight men and seven women participated in the competition through the organization’s Wichita chapter. Elmore says the participants combined to raise $409,703, marking the third-consecutive year the Man & Woman of the Year event has brought in more than $400,000.

Jenna Whitehead raised $78,453 to win the Woman of the Year award.

The Leukemia & Lymphoma Society puts on similar competitions annually across the country.