Want to seal the deal with Millennials looking to join your workforce? Give some thought to your organization’s community service program and how it shapes your overall workplace culture. More than half of 1,514 Millennials employed in the U.S. said a company’s charitable work influenced them to accept a job offer.

That’s among the findings of the Millennial Impact Report, released June 2014 by Achieve Consulting Inc., a provider of HR solutions and project management consulting. The data is from a survey of Millennials from 300 companies that was conducted from Feb. 15, 2014, to May 15, 2014, and from a generic survey among employees of its research partners across the U.S.

While a company’s volunteerism program ranks third in importance to Millennials—behind an organization’s primary purpose and its workplace culture—it does carry weight, the report found.

“We know that a lot of the cause initiatives influence [Millennials] during the hiring process,” said Derrick Feldmann, president of Achieve and the study’s lead researcher. “Companies need to be much more forthcoming” about those initiatives, he pointed out, by using social networks as well as the company website.

Only 39 percent of Millennials said a company discussed its charitable work during their interview. Among organizations were this was discussed, more than half of the candidates were influenced to accept the job, and women were more likely than men to be swayed by an organization’s volunteerism. 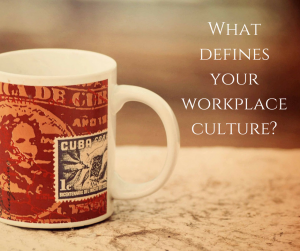 Give some thought to your organization’s community service program and how it shapes your overall work culture.

The Millennial Influence on Culture

As this generation, born between 1980 and the early 2000s, takes an increasingly influential role in the workplace, their preferences and attitudes “begin subtly to shape the [organization’s] culture,” the report noted.

Leveraging Millennials’ passions, it said, “is crucial” for organizations that want “to build a culture that resonates with this growing demographic of current and future employees.”

In its latest report, Achieve primarily concentrates on how Millennials engage with the companies they work for and what this generation looks for in a corporation’s initiatives—such as performing pro bono work and company-branded volunteering to help people and communities.

*94 percent like using their skills to benefit a cause.

*77 percent prefer working with groups of fellow employees rather than performing independent service projects; 62 percent prefer to volunteer with people in their department.

*47 percent had volunteered on their own for a cause or nonprofit in the past month; 47 percent had performed a volunteer project with their team or department and 44 percent had participated in a companywide service day.

Millennial employees want to be able, through their workplace, to make a tangible difference outside the workplace. But while 87 percent who had ever participated in a companywide service day enjoyed the experience, that enjoyment fell as their time with the company increased. Conversely, their individual financial contributions to causes rose as time with a company increased.

Feldmann explained this decline by noting that when Millennials first join a company, they want to participate in everything and become immersed in its culture. However, that newness fades.

He suggested that companies help employees create their own opportunities to work on good causes, or find opportunities within their departments. This can be done by HR by considering, “How can we build a strong team by using outreach efforts in the community, and work in teams throughout the company and as individuals to bring employees around to a common purpose?”

The report also suggests that peer influence could be useful in motivating longer-tenured Millennial employees to participate in volunteer work. That raises the question, Feldmann said, of how the company is equipping its employees to talk about its initiatives.

He added that sustained involvement is best achieved by companies that:

*Incorporate volunteerism during onboarding or orientation, and provide employees with opportunities to work in groups or on a team during their first days.

*Provide three specific types of service opportunities: companywide volunteer days, department/team projects, and opportunities for paid time off or sabbaticals to devote to a cause. The latter gives remote employees an opportunity to feel involved, according to one teleworker quoted in the report.

*Tell stories and demonstrate the charitable work’s impact, showing employees who benefitted and highlighting individuals at the company who made a difference.

It’s not enough to throw a couple of pictures of a volunteer project onto the company website, Feldmann advised.

“This is a generation,” he said, “that gets moved by experience and context and imagery.”

Achieve is following up its study, which it conducted in partnership with the Case Foundation, with two other research projects; one is to be released in fall 2014 and the other in spring 2015.
Kathy Gurchiek is the associate editor at HR News.