It is a new year. Will it be a new economy? What about your HR?

Not exactly. Our slow trudge continues in 2012. 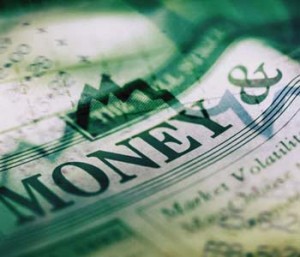 Elections. Unemployment. Uncertainty. These realities will be more abundant than we care to admit. So as we begin the year anew, our optimism remains elusive.

Economic “Growth”
Call it a snail’s pace. Overall, growth will be barely measurable, at around 1.5 percent. And that’s if we can avoid any sudden and drastic fluctuations, such as Greece not pulling their debt weight. Here at home, with no confidence in the household and business sectors, a seemingly endless debt-ceiling debacle and little faith at Capitol Hill’s ability to arrive at meaningful consensus, optimism continues to wane. The bright spot: business equipment and software spending will rise over 9 percent this year.

Jobs: Cyclical or Structural
As labor market trends go, we appear to be in a cyclical mode, which is good news in one sense; as the overall economy strengthens, so too will job growth. However, if structural changes occur, such as new technology automating a category and eliminating wholesale positions, the model has changed, and employment potential may be lost forever. Know your industry better than you know your business. Forecast. Anticipate. Because technology doesn’t care about poverty lines and unemployment rates.

In With the White, Out With the Blue
Simply put, the jobs we’re losing are not the jobs taking their place. And those new jobs require skills many displaced workers don’t possess.  It’s no wonder that three out of four HR professionals overwhelmingly conclude Skilled Professionals are the most difficult to find, let alone hire. And in an ironic twist, people in skilled positions are now more likely to stay put, rather than jump at the next rung on the ladder, choosing to be less trustful of new employers’ financial health and category staying power.

With almost half the jobless ranks suffering from a dubious term we know as “long-term unemployment,” it’s safe to say 2012 will not be our breakout year. At least we can count on consistent political comedy.

Luckily, this too shall pass.