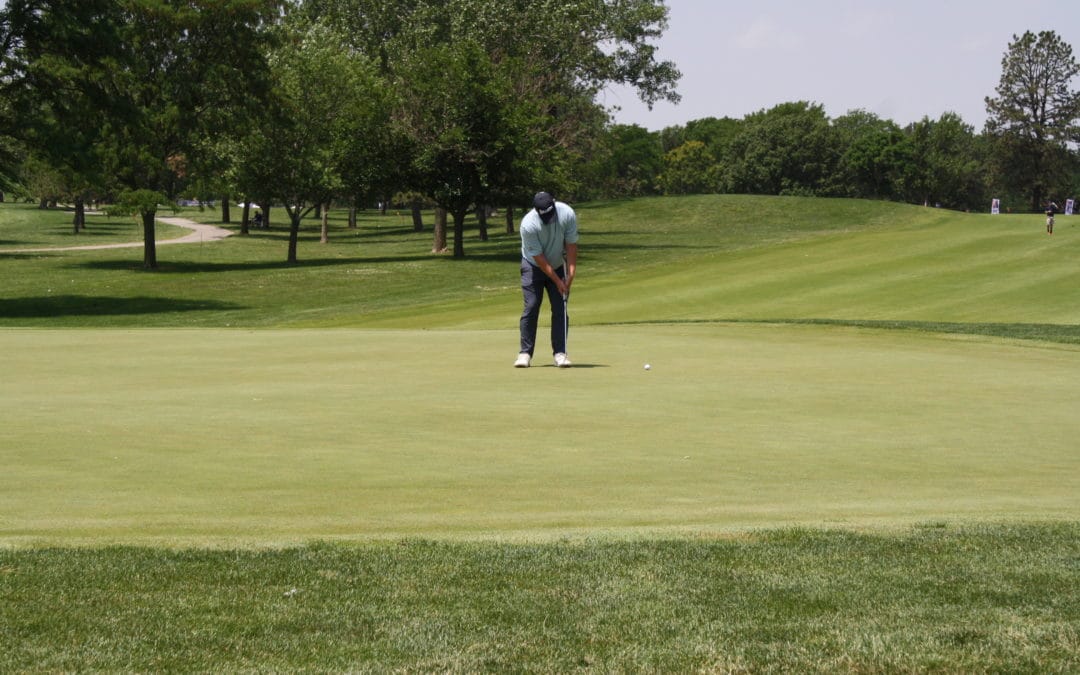 Michael Gellerman will have to wait longer to add another golf tournament championship to his list of accomplishments.

Gellerman did not make the cut to advance to weekend play of the Wichita Open by shooting two over par with a score of 72 in the second round of the tournament. He shot even par in the first round on June 20.

He entered the second day of the tournament knowing he had ground to make up if he had any hopes of being in championship contention.

Gellerman started his second round with a bogey and followed that with a birdie. He played even-par golf most of the rest of the way on the back nine holes until disaster struck on hole 18. His tee shot went out of bounds to the right of the fairway.

He ended the hole with a triple bogey.

An eagle on the third hole gave Gellerman some hope, but it was short-lived. He bogeyed the next hole and played mostly par-golf the rest of the way.

Gellerman said he had some bad swings on the third and 18th holes that were “extremely costly” to his game.

“When you are playing from behind, you can’t do that,” he said.

Despite the outcome, Gellerman said he enjoyed playing in the Wichita Open. He grew up wanting to play in that tournament and later made his first professional start there.

Gellerman had a following of close to two dozen family members and friends during his two days of tournament play in the Wichita Open. His supporters said they hoped for more for Gellerman but were happy to support him none the less.

Gellerman, a native of Sterling, Kan., said he is grateful for the support.

“I couldn’t do this without that group that has pushed me and supported me,” Gellerman said.

He plans to take a week off from tournament play to work on a few things in his game before playing in the Lecom Health Challenge starting July 4 in New York.