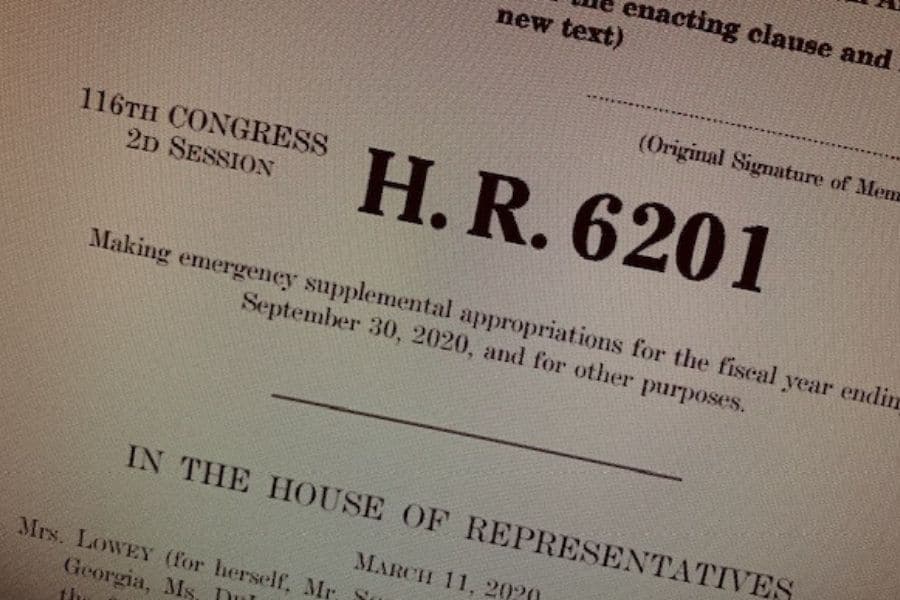 A federal court in New York has struck down portions of the Families First Coronavirus Response Act (FFCRA).

The court ruled the U.S. Department of Labor exceeded its authority with regard to four components of the act:

FFCRA was adopted in April 2020 as a means to provide relief for those affected by the COVID-19 pandemic by requiring employers to provide job-protected leave under the Family and Medical Leave Act.

Soon after, the State of New York filed a lawsuit challenging various provisions of FFCRA.

The court ruling means employers may have to change how they have been applying some of the stipulations of the act.

The labor department could appeal the decision, but employment law advisors are encouraging employers to proceed in accordance with the court ruling.

“If this is not appealed, there will be significant changes to FFCRA administration, including the possibility that furloughed or otherwise unscheduled employees could be eligible if they have a qualifying leave reason,” says Connor Cross, Director of Human Resources for Syndeo.

Gordon Berger, a Partner with the law firm FisherBroyles LLP, offers a summation of the four FFCRA components in question.

The Department of Labor’s final rule on FFCRA stated an employee could receive paid leave when that person had work to perform but was unable to due to a COVID-19-related reason.

Berger says according to the ruling, the Department of Labor only applied that requirement to three out of the six qualifying reasons for leave.

“The judge ruled that although the DOL’s position was not inconsistent with the FFCRA, it did not present sufficient evidence that the Final Rule was the result of ‘reasoned decision-making,’” Berger says.

The Definition of Health Care Provider

He says the court also took issue with the broad definition of a health care provider that could classify other professionals as such, rather than a person “capable of providing health care services.”

The judge struck down the requirement that an employee obtain employer consent before taking leave under FFCRA. However, employers can still require specified documentation post leave, Berger says.

Conversely, the judge left in place the provision that doesn’t allow an employee to take FFCRA intermittently.

Meanwhile, other provisions of FFCRA remain in effect and were not part of the court ruling.

“For now, it is advisable to follow this ruling,” Berger says.