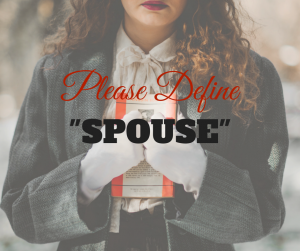 The U.S. Department of Labor’s (DOL’s) Feb. 25, 2015, revision to the Family and Medical Leave Act (FMLA) regulations’ definition of “spouse” may not be a surprise to HR but it may be news to supervisors, who need to be trained on the regulatory change, according to Linda Hollinshead, an attorney with Duane Morris in Philadelphia. The revision extends FMLA rights to eligible workers in same-sex marriages.

“This is what we were expecting after the U.S. Supreme Court’s ruling in United States v. Windsor, 133 S. Ct. 2675 (2013), which rendered unconstitutional Section 3 of the Defense of Marriage Act’s definition of marriage under federal law as the union of a man and woman. Federal agencies were directed to review relevant federal regulations to implement the Windsor decision,” she noted.

“The DOL reacted to Windsor by revising its guidance fact sheet as well as its field operations handbook to provide that for purposes of taking FMLA leave to care for a spouse, the term ‘spouse’ would be interpreted to mean ‘a husband or wife as defined or recognized under state law for purposes of marriage in the state where the employee resides, including common law marriage and same-sex marriage,’” Hollinshead said. “Then, this past June, the DOL issued a notice of proposed rulemaking (NPRM) and this final rule adopts the NPRM’s ‘place of celebration’ standard for determining the definition of spouse, as opposed to defining spouse based on the law of the state in which an employee resides.”

Under the place of celebration standard, if an employee was married in New York but now resides in Tennessee, the employee will enjoy FMLA rights to care for his or her spouse since New York recognizes same-sex marriage. (Tennessee does not.) The revised definition of spouse encompasses individuals in a same-sex marriage that took place outside of the United States as long as the marriage was valid where it took place and could have been entered into in at least one state of the United States.

Training on the Final Rule

“Leave administrators and supervisors should familiarize themselves with this new rule if they are involved in the leave management process, since benefits available to certain employees may have changed with the final rule,” Jeff Nowak, an attorney with Franczek Radelet in Chicago, told SHRM Online.

Hollinshead agreed, saying, “Training that employers provide to managers and supervisors should highlight this definitional change to alert them to the broad scope of the FMLA’s coverage, so that managers and supervisors are educated and will not inadvertently discourage an employee from applying for FMLA or make a statement suggesting an employee is not eligible for FMLA [leave] related to a spouse.”

The DOL noted in its fact sheet on the final rule that the definitional change means that eligible employees, regardless of where they live, will be able to take:

The change entitles eligible employees to take FMLA leave to care for a stepchild regardless of whether the in loco parentis (in the place of parents) requirement of providing day-to-day care or financial support for the child is met, the DOL also noted.

And the change entitles eligible employees to take FMLA leave to care for a stepparent who is a same-sex spouse of the employee’s parent, regardless of whether the stepparent ever stood in loco parentis to the employee.

“Employers should be mindful that this new regulation covers individuals who enter into a same-sex marriage,” Nowak observed. “However, the FMLA does not protect civil unions or domestic partners, so employers are well-advised to determine whether one or the other applies in any particular situation. That said, employers should determine whether any state law may protect civil unions or domestic partners.”

He added, “Employers should be aware that this new regulation does not impact the in loco parentis standard on which the DOL previously has opined. As the DOL notes in its FAQs to the new rule, the agency has consistently recognized that eligible employees may take leave to care for the child of the employee’s same-sex partner—married or unmarried—or the child of the employee’s unmarried opposite-sex partner, provided that the employee meets the in loco parentis requirement of providing day-to-day care or financial support for the child.”

And employers can go beyond the FMLA requirement and offer other types of leave for couples in civil unions.

“In addition, eligible employees in civil unions can take FMLA leave for their own serious health condition, for the birth of a child or the placement of a child for adoption or foster care and for bonding, to care for their child or parent with a serious health condition, and for qualifying military family leave reasons,” the DOL notes in its FAQs.

“As stated in the final rule, there are no changes to the manner in which an employer obtains documentation to confirm the spousal relationship,” Nowak said. “An employee can satisfy the requirement either by providing documentation such as a marriage license or a court document or by providing a simple statement asserting that the requisite family relationship exists. Employers should keep in mind that it is the employee’s choice whether to provide a simple statement or another type of document.”

Nowak recommended that employers update their FMLA policy and forms and notices, if they specifically define spouse in any manner, so that the documentation reflects the DOL’s new rule, which takes effect March 27, 2015.